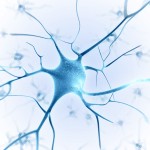 Vaccination is increasingly being investigated as a potential treatment for synucleinopathies, a group of neurodegenerative diseases including Parkinson’s disease, multiple system atrophy, and dementia with Lewy bodies associated with α-synuclein pathology. All lack a causal therapy. Development of novel, disease-altering treatment strategies is urgently needed. Vaccination has positioned itself as a prime strategy for addressing these diseases because it is broadly applicable, requires infrequent administration, and maintains low production costs for treating a large population or as a preventive measure. Current evidence points to a causal role of misfolded α-synuclein in the development and progression of synucleinopathies. In the past decade, significant progress in active immunization against α-synuclein has been shown both in preclinical animal models and in early clinical development. In this review, we describe the state-of-the-art in active immunization approaches to synucleinopathies, with a focus on advances in Parkinson’s disease (PD) and multiple-system atrophy (MSA). We first review preclinical animal models (synuclein and Parkinson), highlighting their progress in translation to the clinical setting. We then discuss current clinical applications, stressing different approaches taken to address α-synuclein pathology. Finally, we address challenges, trends, and future perspectives of current vaccination programs. © 2015 International Parkinson and Movement Disorder Society

About Syncrosome:
Syncrosome is a scientific preclinical CRO based in France focused on validating animal disease models to assess the efficacy of new compounds in the field of CNS, Cardiovascular, Gastrointestinal and Respiratory diseases.

This website uses cookies to improve your experience while you navigate through the website. Out of these, the cookies that are categorized as necessary are stored on your browser as they are essential for the working of basic functionalities of the website. We also use third-party cookies that help us analyze and understand how you use this website. These cookies will be stored in your browser only with your consent. You also have the option to opt-out of these cookies. But opting out of some of these cookies may affect your browsing experience.
Necessary Toujours activé

Performance cookies are used to understand and analyze the key performance indexes of the website which helps in delivering a better user experience for the visitors.

Analytical cookies are used to understand how visitors interact with the website. These cookies help provide information on metrics the number of visitors, bounce rate, traffic source, etc.

Advertisement cookies are used to provide visitors with relevant ads and marketing campaigns. These cookies track visitors across websites and collect information to provide customized ads.

Other uncategorized cookies are those that are being analyzed and have not been classified into a category as yet.